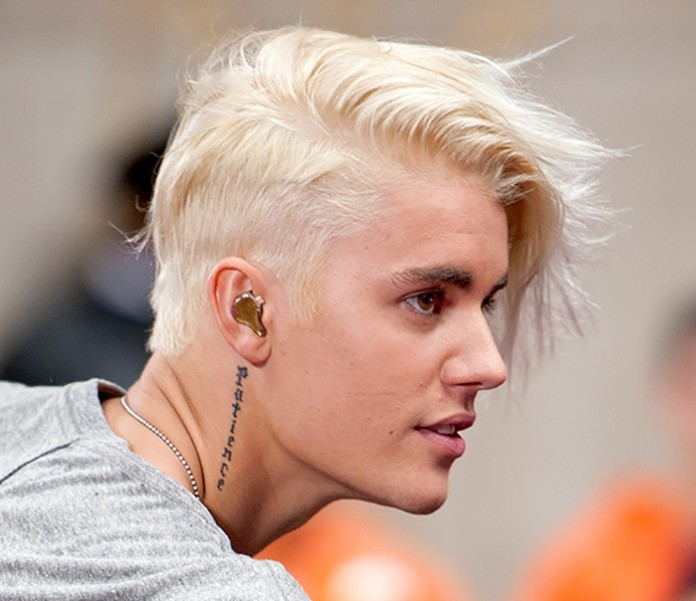 Blond hair is back, in a big way, and it seems since Justin Bieber, 21, joined the blond hair club back in September there has been a surge in the number of men wanting to follow the pint-sized superstar.

Melbourne Hair Stylist & Colourist Luke Perger said Bieber going blond has helped push the trend of men heading back into salons to get their hair coloured.

“I love the change Justin Bieber has made to his hair and overall look, especially his look in his latest ‘what do you mean’ video,” Perger said.

“I feel that guys are getting more comfortable having colour in their hair; this was happening before Justin’s hair change, but has taken off a little more since.”

Luke Perger has been in the hairdressing industry for almost eight years and has seen many changes to styles in that time.

In his Principal role at Oxhey & Bushey in North Fitzroy, Perger, 26, said guys are starting to actually watch celebrities change their hair and realise that they can as well, very simply.

“I’m finding more and more guys coming into me and asking what I think of them having similar looks to David Beckham, Nick Jonas, Zac Efron, Justin Timberlake and Justin Bieber.

“The styles range from the disconnected looks of Justin Bieber to the faded prohibition cuts of Justin Timberlake and David Beckham.”

For Perger himself, as a stylist, being on trend is important, as his Bieber inspired haircut shows.

“I feel that hair is an extension of someone’s style and personality.”

“I love to work with my clients to create their look. I discuss their needs, wants and ‘dream hair look’ and go from there.

“I’ve definitely been doing more of the ‘Prohibition Fade’ hairstyle on a lot of my male clients, especially the guys over the age of 25.

“While my younger male clientele prefer to push the boundaries with their hairstyles. I find that the younger clients feel the need to change their look a lot more often and watch female hair trends for inspiration in terms of colours.

It has been suggested Justin Bieber changed his hair colour to platinum blond as a metaphor for his new album to also go platinum when released on November 13.

If the reaction to his platinum hair and his single ‘What do you mean” (which has topped the charts in 92 countries and became Bieber’s first number one single on the US Billboard Hot 100 for a single week) is anything to go by then his album is a sure bet to reach those dizzy heights.