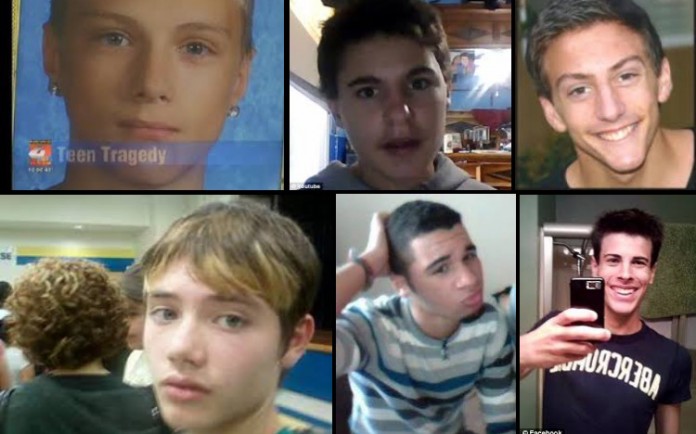 Bullying and suicide prevention in the LGBTI community is my number one topic I feel still to this day needs a lot of attention.

On one side it is very close to my heart as I was a highly bullied teenager growing up, luckily for me I had a very strong head on my shoulders and suicide never crossed my mine but sadly for thousands in this world they aren’t as strong.

Daily taunting, name calling, being beaten up, told to change, cure themselves and being told to go kill themselves because that bully thinks that’s what you deserve because of the way they were born is something that needs to be stopped.

For many years I have already tried many ways to bring awareness to this topic, when I was at drama school in my final year we had to devise a piece and we could do anything we wanted; So I decided to create a show telling one true story of a teenager who was sadly bullied and took his whole life, throughout the piece I also educated the audience on the facts of what can happen.

In my show, I retold the story of Bobby Griffith the true story based on the film ‘Prayers for Bobby’.

Sadly Bobby couldn’t handle it anymore and he took his own life.

This should show that bullying doesn’t just happen at schools, it can happen at home or even in the workplace and more awareness needs to be brought to this so the high numbers can be brought down.

Sadly this is only one story of many that are around the world.

Just google the words ‘Gay commits suicide’ (see photos provided) and you will see the countless faces of children, teenagers and young adults who have taken their lives due to the fact they couldn’t handle being bullied anymore.

The Trevor project, one of the main LGBT organizations that focus on suicide prevention state these crazy Statistics:

Reading these statistics I get very upset, so if there is anything I can do to get these numbers down I will do it, along with other important issues our community needs to focus on, I feel this is the number 1 topic that needs to be addressed.

Going to schools, doing role plays, fighting for stronger bullying laws and bringing awareness to youth that their words can hurt and even lead to death is something that needs to be done more so hopefully sooner than later these numbers will come down and I will do everything in my power and use any platform I get to achieve this.

To conclude please watch this attached video, this video rips my heart out, it saddens me that these youth didn’t get the life they deserved!

Remember these are just a few examples, there are countless more and thousands happening every year across the world.

This simply needs to stop…NOW!! RIP to all the lives that have been taken. May you rest in peace ❤️