As we head into the second week of the Australian Open Tennis in Melbourne, we thought it timely to throw in some of our favourite players from this year’s event so far.

This list is only short and considering 132 players begin the two weeks of a grand slam there are always going to be many we miss, but hopefully you enjoy the ones we have chosen.

Grigor Dimitrov is Bulgarian and has been ranked as high as number 8 but his looks obviously rank him much higher.

Dimitrov is the most successful Bulgarian male tennis player, both in terms of ranking reached and prize money won, being the only Bulgarian player to reach $1million.

His latest claim to fame has been one of the ‘Karaoke Foursome’ in Roger Federer’s tweet last weekend. Hmmmmm yeah as Roger said, Grigor is just there to look good.

Feliciano López was born in Toledo and now lives in the Spanish capital of Madrid.

López was the first male Spanish tennis player to reach the quarterfinals of Wimbledon since 1972 when Manuel Orantes reached the semi-finals.

Throughout his career, Lopez has been known as one of the heart-throbs of the tour, and you can see why.

The 27-year-old Kei Nishikori is the only male Japanese tennis player ever to be ranked inside the top 10 in singles. Currently ranked number 5.

He has won 11 singles titles and was runner-up at the 2014 US Open, making him the first male player representing an Asian country to reach a Grand Slam singles final.

A star and fan favourite in and out of Japan, Kei had to be on our list.

This boy hit the big time at the Australian Open this year, taking former champion Rafael Nadal to five tough sets before succumbing to cramps and losing in the third round.

Brother of Mischa(A top 50 player) and son of Alexander (A former Russian tour player), Sascha has all the looks of a catwalk model and his tall thin physique ensures he will be in the hottest lists for some time to come.

The 19-year-old is one of the youngest stars on the tour, hails from Germany but has Russian heritage and is definitely a star on the rise.

Another one of the bright young stars on the tour, Dominic Thiem has grabbed the Australian public’s imagination this year with his incredible performances in making the fourth round of the Australian Open.

The Austrian star has been ranked as high as number 7 and is currently ranked 8 but that should rise during 2017.

Off-court, Thiem is known as a humble character, rarely involving himself in any controversy. He operates his own Facebook page, in which he often posts his match results, along with personal reflections on each match he has played in both German and English.

Australia’s great white hope, Nick Kyrgios, invariably lets pundits and traditionalists down by his on and off court antics which were again displayed during his second round loss at the Australian Open.

But the 21-year-old is just that, 21 and is still working out exactly whether he wants to be the next big thing or if other sports of lifestyle pursuits will take precedence.

His good looks come from his Greek and Malaysian heritage and an interesting fact is that his mother was born a member of the Malaysian royal family but has since cut all ties when she moved to Australia.

Today Nick is Australia’s tennis prince, but for how long.

Lucas Pouille is our token Frenchman, I mean how do you have a hottest list without a french tennis player. There are many out there but this 22-year-old has the looks and the game to take them all on.

Ranked 15 in the world, he’s had no luck in Australia but once the European clay circuit begins I’m sure you will see his smiling face a lot more. 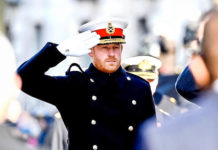 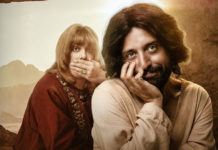 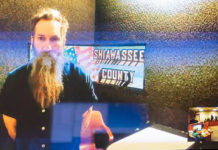 The Newlyweds Tim and Rod Set to Change Perceptions on The... 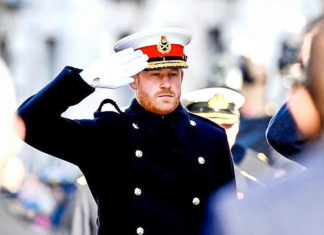 Tony Richens - Jan 17, 2020
James Wharton, one of the British army's first openly gay soldiers, has spoken for the first time about Prince Harry stepping into to defend...