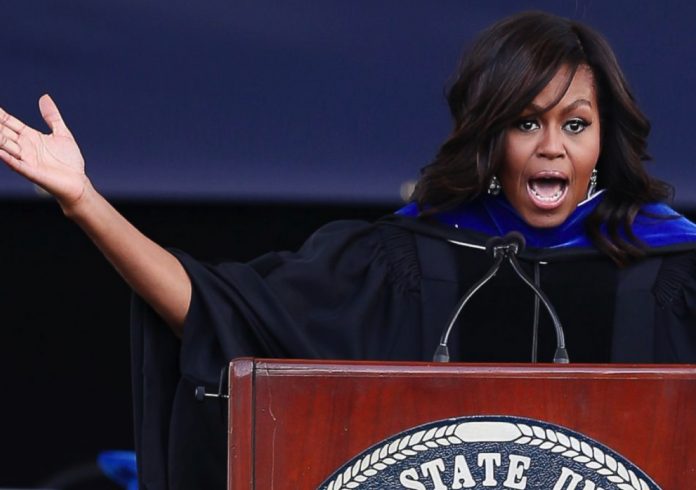 Just a few days after President Barack Obama’s condemnation of Anti-LGBTI legislation passed in Mississippi and North Carolina, Michelle Obama has followed suit during a speech to graduates at Jackson State University, in Mississippi.

During her address to the recent graduates, the First Lady warned that if people fail to utilise their right to vote, she guarantees “so much of the progress we’ve fought for will be under threat.”

In Mississippi legislation, HB 1523 gives legal protection to religious institutions should they decide to not recognise the legality of same-sex marriages or refuse to place children with qualified, deserving LGBTI families.

“Statehouses will continue to roll back voting rights and write discrimination into the law,” Mrs. Obama explained.

“We see it right here in Mississippi. Just two weeks ago, how swiftly progress can hurtle backward, how easy it is to single out a small group and marginalise them because of who they are or who they love.”

In conjunction with the legal protection to religious institutions, HB 1523 also enables the use of “conversion therapy” to “cure” LGBTI people, and has given protection to state employees should they refuse to issue a marriage license to a same-sex couple.

“We’ve got to stand side by side with all our neighbours. Straight, gay, lesbian, bisexual, transgender, Muslim, Jew, Christian, Hindu immigrant, Native American. Because the march for civil rights isn’t just about African-Americans, it’s about all Americans. It’s about making things more just, more equal, more free for all our kids and grandkids.”