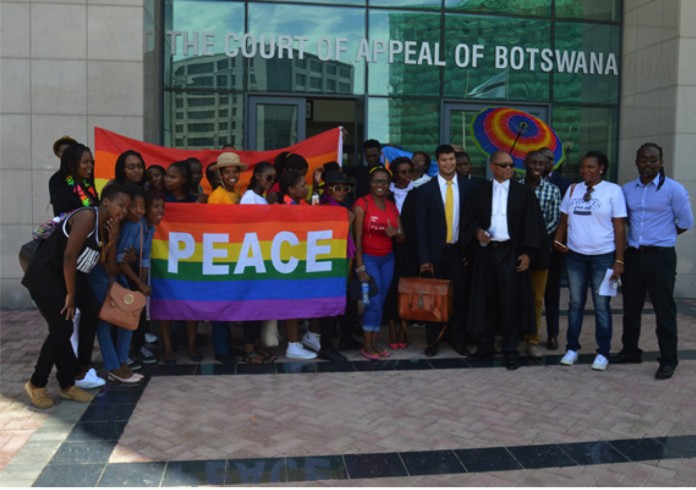 A ruling from Botswana’s High Court has confirmed that it would be illegal for the nation’s government to refuse LGBTI rights organisations to register as an official association, intern allowing their campaign efforts to halt proposed law reforms around homosexuality.

The African nation of Botswana remains one of the few countries in the world where sex between two men and two women is outlawed.

Since 1885 “Carnal knowledge against the order of nature” has been illegal in Botswana under laws initially adopted from the nation’s colonial British past.

Despite the fact that the law which enforces a prison sentence of up to seven years for offenders has rarely been enforced over the last decade, recent polls found that over fifty percent of the Botswana population would be adverse in having a gay or lesbian person as their neighbour.

As a result of the dated legislation, groups such as Lesbians, Gays and Bisexuals of Justice Ian Kirby (LEGABIBO) have been openly campaigning for law reform, however have been meet with resistance from the current government led by President Ian Khama who has attempted to intervene in the group’s work by refusing it the status of a registered association.

Justice Ian Kirby who is the President of the Court of Appeals ruled that “it is clear that the government’s decision interferes in the most fundamental way with the respondents’ right to form an association to protect and promote their interest.”

The government was also ordered to pay the legal costs of holding the appeal by Justice Kirby.

“We are very very excited by the Court of Appeal finally ruling in our favour, that LEGABIBO has the right to register as an association with the framework of the Botswana Constitution,” explained a member of LEGABIBO to The Botswana Gazette.