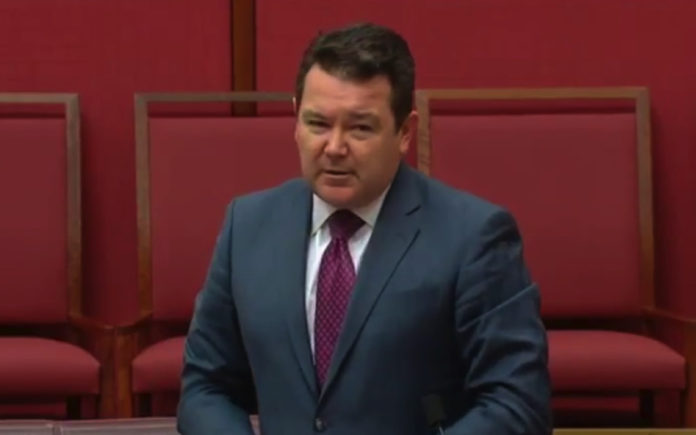 In a historic moment for LGBT Australian’s, Senator Dean Smith has introduced the bill that will see same-sex marriage become a reality in Australia before Christmas.

Following a resounding yes vote in the same-sex marriage postal survey which was released today with a 62% yes vote, the Australian Government has wasted no time in allowing Senator Smith, along with a number of co-signee Senators, to introduce the Private Senators Bill into parliament.

In short introductory statements, before the bill debate begins in earnest tomorrow, Senator Smith said he wanted to introduce a bill to amend the law in relation to the definition of marriage and protect religious freedoms and correlated purposes.

“I move the motion standing in my name and those of Senators Reynolds, Wong, Pratt, Di Natale, Rice, Kakoschke-Moore, Hinch and Hume.

Labor Senator Penny Wong agreed with the Government that the timeframe to have the bill debated in the Senate will be for one sitting week.

“This will be a debate that will conclude at the end of the next sitting week,” said Senator Wong.

“In relation to amendments, and in the spirit of the language in which others have contributed to this debate, I won’t go into a long debate about this, but we do have the view that the Australian people voted to lessen discrimination and not to extend it.

“The bill doesn’t change or take away any religious freedom.

“I believe the Australian people voted to remove discrimination and I trust the bill will reflect that.”

Greens Senator Di Natale, also a co-signer of the bill, spoke about his party’s long-standing support for marriage equality.

“We will not be entering into discussions about further extending discrimination anymore,” said Senator Di Natale.

The Bill will be now read for the first time in the Senate tomorrow with debate and a final Senate vote expected by November 30. It will then be debated in the House of Representatives with a final vote expected on December 7.