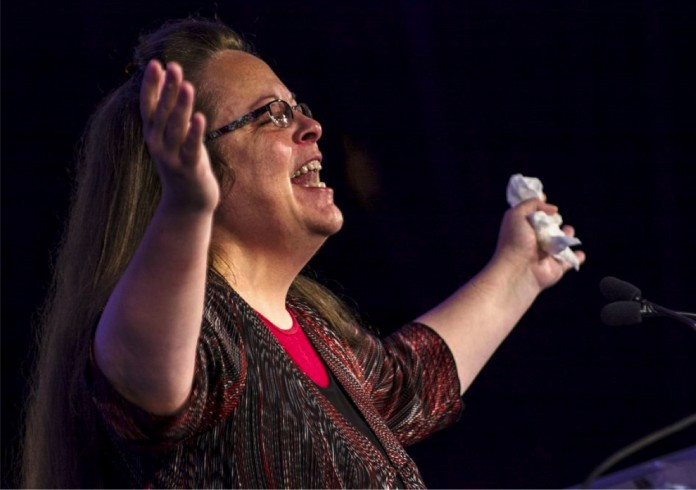 Kentucky county clerk, Kim Davis, who is best known for being jailed after she refused to issue same-sex marriage licenses, maintains her belief that she was, in fact, the victim.

Davis’ comments which where made eight months after she was jailed, on Truths That Transform, a religious program from D. James Kennedy Ministries, on which she was a guest.

During the interview conducted by Frank Wright, Davis stated that marriage equality is still not the law of the land, insisting that she was not obligated to provide licences to same-sex couples.

Davis who appears to be blissfully unaware that a Supreme Court ruling does, in fact, override local statutes, says that she would “go to the Bible,” when she was questioned on her decisions and beliefs.

Davis adds that when people would use Obergefell v. Hodges (the decision that established marriage equality nationwide) as an argument she would reply, “That’s not a law, that’s a ruling.”

“They didn’t want to hear that, though,” Davis explained to Wright. “They wanted to shove that paper down my throat and make me eat it for my dinner, you know?”

Watch the full interview below