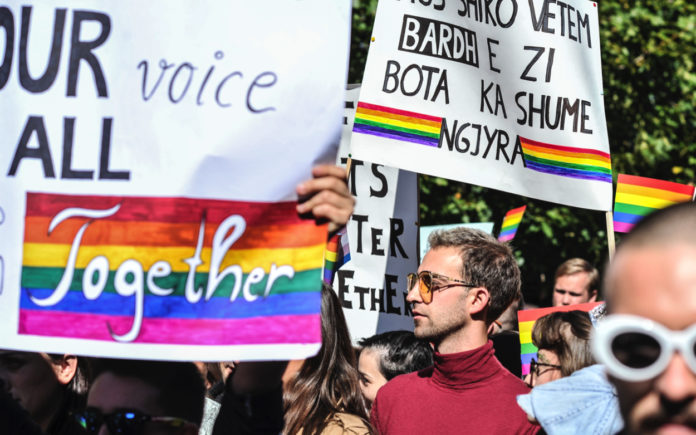 The inaugural event was held in the nation’s capital of Pristina and follows unofficial marches that had been held in recent years, with the intention of protesting against homophobia and transphobia in the country.

Known as “In the Name of Love,” the parade was organised by nine different non-governmental organisations, with the “historic occasion” set to become an annual October event.

Arguably the most important participant of the parade was Kosovo’s President, Hashim Thaçi, the man who led the Balkin nation to its independence in 2008.

The parade was lead through two main squares in the city, participants chanted “There is no gender in love” as rainbow banners and flags were proudly waved with music played from start to finish.

With a 2015 report the National Democratic Institution, a US organisation that promotes democratic institutions finding that gay and transgender people face significant levels of homophobia in the region, the parade organisers hope that the event will help raise awareness of LGBTI issues in the Balkan nation.