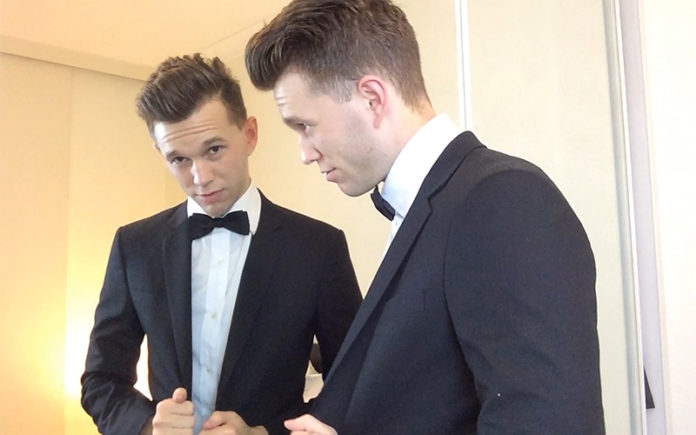 The search is on to find Australia’s Mr. Gay World Representative a husband as part of his dedication to making marriage equality a reality in Australia.

David Francis will take off to Spain in May to represent Australia in an attempt to win the Mr. Gay World title for the first time but he will leave the country with the issue of marriage equality yet to be decided.

To focus awareness on the issue and encourage everyone to remember that it is all about love, in the end, he is looking to find a husband for a day to participate in a wedding photoshoot which will be used as part of his campaign to take home the World title.

David is teaming up with Gay Sydney Australia and Photography by Katsu Nojiri for a photo shoot showing all aspects of the wedding between David and the yet unknown suitor.

WANNA BE MY HUSBAND FOR A DAY? ????????????I have teamed up with @gaysydneyaustralia, @photographybykatsunojiri and @eikonmag for a photoshoot in Sydney as a push for marriage equality here in Australia. We are preferably looking for a guy 25-35 years old, around 6ft who might have some previous modeling experience but open to anyone! DM me or @photographybykatsunojiri to find out how you can get involved! #equallove #marriageequality #loveislove #lovewins

Speaking about the search for his husband, David said the campaign is a light-hearted way of shining a spotlight on an issue that is close to his heart.

“I can’t actually believe that Marriage Equality is still something we have to fight for in this country, especially when there is so much nationwide support behind the cause,” explained David.

“The important thing to remember is that marriage equality extends far beyond just allowing same-sex couples to have their love recognised equally to their opposite-sex counterparts, it’s about the strong messages we are sending to the younger generations about acceptance, tolerance, and love.

“We need to reinforce these messages to those who struggle most in the community, those coming to terms and dealing with their sexual or gender identity to let them know that they are all worthy of acceptance and love, no matter who they are or who they love.”

David works as in property development, has more than 55,000 followers on social media and has been involved in charity work with organisations StartOut and Skin Calendar.

The idea for the photoshoot came from two of his social media followers and it was something David welcomed.

“When I was approached about the photoshoot idea, I immediately said yes to jump on board.

“Anything small that I can do to help such a worthy cause I’m always willing to get involved.”

“As a wedding photographer, it’s my aim to reach out to everybody out there “Love is Love” through my photos,” explained Katsu.

“I also wanted to deliver the visual message to the young LGBT community, “Look at these cute guys. it’s ok to be gay, you are great as who you are just like our David.”

“The moment I found David on Instagram without knowing he is Mr. Gay Pride Australia 2017, I instantly thought that his beautiful smile can brighten up our LGBT community in Australia.

WANNA MARRY ME @davidfrancis19 FOR JUST ONE DAY WE @photographybykatsunojiri and @gaysydneyaustralia who are HUGE supporters of marriage equality are looking for that one lucky Sydney guy preferably age 25 -35, Height 6ft and should have experience in modelling if you are the one please DM me. Let’s hope that 2017 will be the year we all get to say I do????️‍???? ❤️is❤️ #MarriageEquality #sydneymardigras #loveislove #lovewins #samelove #gaysydney #gaysydneyaustralia #equality #equalove #samesexlove #marriageequalityforall #marriageequalityaustralia #loveislove

A post shared by Katsu Nojiri Photography (@photographybykatsunojiri) on Mar 18, 2017 at 5:00am PDT

“In fact, I have received a message from one young gay guy about the campaign already, “Your campaign gave me confidence to be who I am and want to find my first boyfriend one day soon.”

“This is exactly what we wanted, our visual approach is strong and beautiful.”

Founder and Owner of Community Organisation Gay Sydney Australia(GSA) Daniel Matatahi said the concept for the ‘husband for a day’ fits in with everything that his organisation stands for especially when it comes to supporting marriage equality in Australia.

“GSA has always been about serving and supporting our LGBT community whether it’s promoting events here in Sydney or elsewhere abroad, giving exposure to businesses that are owned by LGBT people or helping our youth to understand that being gay or different is okay,” explained Daniel.

“But our main stance has alway been about supporting Marriage Equality here in Australia. It’s sad to see that we hold the biggest and longest running night gay pride event in the world and we can’t even convince our own government to give us the rights to marry the person we love.

OUR REPRESENTATIVE FOR AUSTRALIA ???????? FOR MR GAY WORLD IN SPAIN ???????? in May 2017 @davidfrancis19 LOVE YOU AND SUPPORT YOU ALL THE WAY MAKE US PROUD AND BRING THE TITLE HOME @mrgayprideaus Photo Credit: @lukeographyau

“We hope that’s where David may come in and just give us that little push or hope as our representative, for our community as Mr. Gay Pride Australia, that we could achieve Marriage Equality this year.

“When he stands in front of the judges at Mr. Gay World in May, well let’s hope his answer will convince them to hand him the the Mr. Gay World title and if he can do that then maybe yes, just maybe he can convince our government.”

Applications are now being taken for anyone interested in being Mr. Gay Pride Australia’s Husband for a day.

The photoshoot will take place in Sydney in early April. To find out more visit David’s Instagram profile at davidfrancis19.