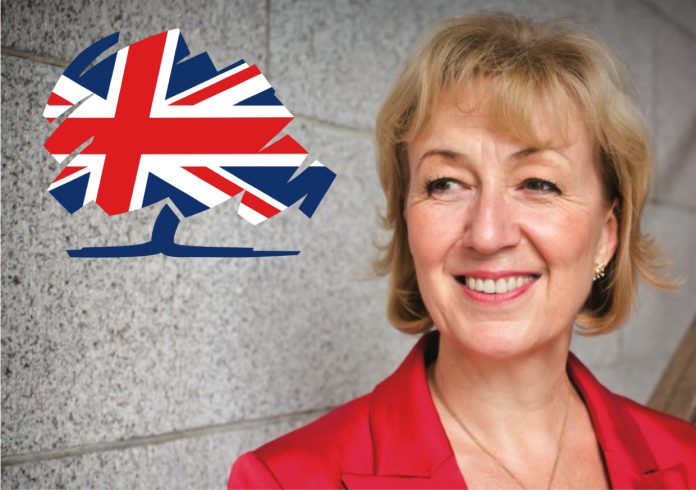 Conservative Party Leader hopeful, Andrea Leadsom has confirmed her stance on the nation’s marriage equality legislation, saying she “would have preferred civil partnerships.”

The energy minister’s and “proud” Christians comments, were made during an interview on ITV News where she elaborated that marriage should have remained a “Christian service that was for men and women who wanted to commit in the eyes of God.”

The Pro-Brexit campaigner who has been confirmed as being shortlisted as a candidate to take leadership of the Conservative party, adds that ‘”the love of same-sex couples is every bit as valuable as that of opposite-sex couples” however she “didn’t really like the legislation” that was passed by outgoing Prime Minister David Cameron in 2013.

Despite Leadsom’s view that opposite-sex marriages would be “undermined” by same-sex marriages, she added that she does “absolutely support gay marriage,” however feels that the decision caused “very clear hurt caused to many Christians who felt marriage in the Church can only be between a man and a woman.”

The winner of the Conservative Party Leadership election will succeed the outgoing, Cameron as Prime Minister through to the next general election which is not set to be held on 7 May 2020.