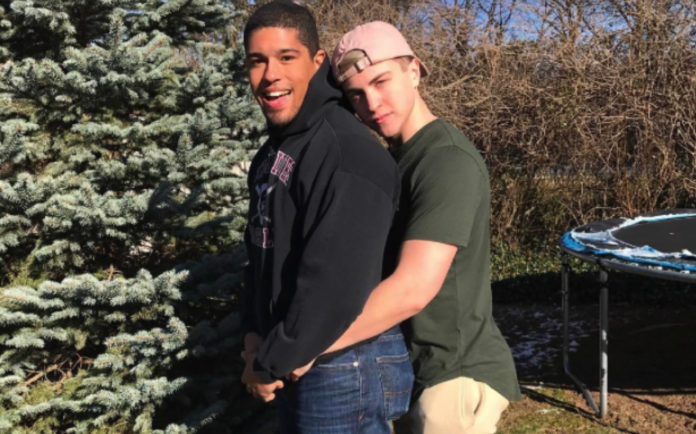 Professional wrestler and model, Anthony Bowens from Nutley, New Jersey, USA  has come-out as bisexual after fellow wrestlers and fans stumbled across a youtube video of Bowens and his boyfriend Michael Pavano.

The video in which Pavano refers to Bowens as his boyfriend, spilling the beans on Bowens’ sexuality featured the pair, three months into their relationship attempting a laughing challenge on Pavano’s yYoutube channel.

Speaking with OutSports, Bowens said, “the video was a blast to do, but I worried that someone from the wrestling world would stumble across it and learn my secret. I decided to let it be posted anyway.”

Only weeks later following the video being posted online, Bowens received a text from a wrestling mate reading, “Bro, why didn’t you tell me?”

Despite Bowens’ initial concern, he explained the wrestling friend “didn’t care” and remains “one of his best friends in the business.”

Prompted by the text message, Bowens took to Facebook writing, “I’m not going to make this a long winded post but I think it’s time.”

“Just wanted to let everyone know I’m bisexual. I look forward to changing perceptions and breaking stereotypes as I continue on my journey. I have zero patience for negativity so if this bothers you please delete me. Thanks!”

Following hitting post, Bowens says he immediately turned his phone off, “I didn’t want to think about what people would write. After about 30 minutes I told Mike to check his phone.”

“He had the biggest smile on his face, our friends in the room cheered, and I made the decision to turn on my phone. The response was overwhelming positive.”

View the full video below: