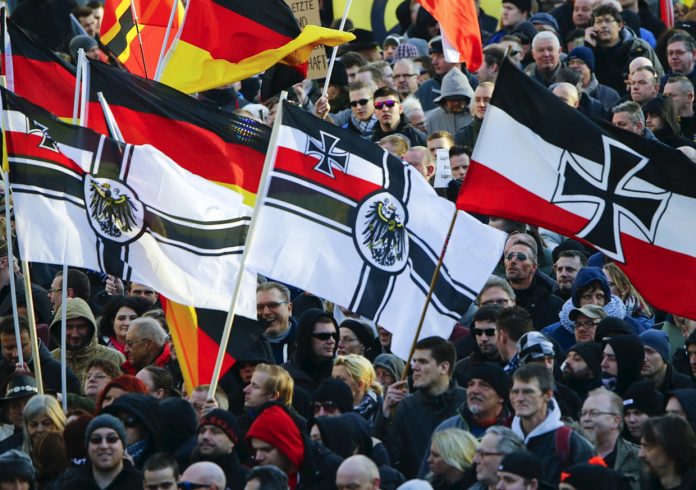 A new study has shown a worrying trend of homophobia and intolerance in Germany, with four out of ten Germans being “disgusted” by the sight of a gay couple kissing in the street.

The study which interviewed 2,420 people, was published by the University of Leipzig and has highlighted the growing rejection and intolerance directed towards LGBTI people, Muslims, Romani people and asylum seekers in Germany.

The concerning results of the study, titled Die enthemmte Mitte (the disinhibited middle) are a part of a long-term project looking at how political stances evolve in Germany, and have many commentators concerned about the direction in which the nation is heading.

With 40.1% of interviewees agreeing with the statement that “it’s disgusting when homosexual people kiss in public”, compared to 27.8% in 2009. Almost a quarter of Germans, 24.8%, believe that homosexuality is immoral, and 36.4% still retain the view that marriage should only be between a man and a woman.

In regards to political preferences and which party, if any, the interviewees support, the study discovered a strong link between the party preference and the level of acceptance and tolerance.

Interviewees who supported the right-wing, Eurosceptic Alternative für Deutschland (AfD), who have condemned so-called “gender mainstreaming” and intend to promote the “traditional family,” showed the highest opposition to homosexuality.

Disturbingly, following two decades of pushing by the Green Party for marriage equality in Germany. 23.5% of Interviewees who support the Green Party, also agreed with the statement that a gay couples kissing was disgusting.

The Green Party however also achieved the highest numbers of support in regards to marriage equality, with 80.5% of interviewees who support the Greens saying they wanted marriage to be open to all.

The full study can be viewed in German, on the Heinrich Böll Stiftung’s official website.