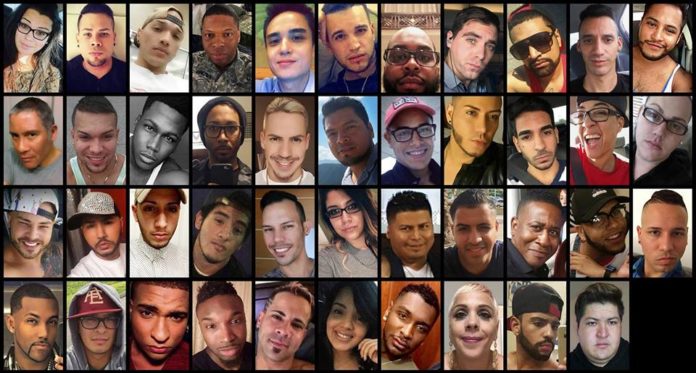 As the 12 month anniversary of the Orlando Pulse Nightclub shooting occurs this weekend, a group of Sydney men are preparing to lead a vigil to show support for those that were lost.

Gay Sydney Australia’s Daniel Matatahi has organised the vigil to be held on Monday night in Sydney’s Taylor Square to coincide with a week of remembrance in Florida.

He will be joined by Mr. Gay Pride Australia David Francis, Singer/Songwriter Brock Johnson and Alfonso Ballestas who will read a special message from one of the Orlando survivors.

Matatahi said he decided to get involved with organising the vigil when his friend Dejay Toborek, who organised last year’s candlelight vigil, wasn’t in a situation to organise it for the one year anniversary.

“The One Year Anniversary Candlelight Memorial Vigil is to remember those we lost,” Matatahi explained.

“This was a horrifying act, it really hit our community so hard. Our bars and clubs are supposed to be safe havens for us to be ourselves.

“That night when that guy walked into Pulse Nightclub and gunned down many of our brothers and sisters everything changed but we are strong too and we will not let hate defeat us.

Johnson will be performing two songs dedicated to the 49 people killed at Pulse Nightclub.

Matatahi continued, “I really don’t know if this event will help those who are still grieving especially the families, survivors and the first responders, it’s one of those questions I can’t answer but here is what one guy said,

‘When last year a man walked into a gay bar in Orlando and gunned us down in an act so horrifying it seemed like none of us might be safe, the men in my community showed up strong.’ We thought nobody would come that night, but they congregated at the bar, and together we danced and mourned, cried and hugged one another. I saw a community that stood up and came together in the face of oppression and sorrow. I saw strength.’ (Jeff Leavell)

Join us under our Rainbow Pride Flag in Taylor Square at 7.30pm on Monday 12 June, for our One Year Memorial Candlelight Vigil to remember those we lost on the 12 June 2016.

Everyone is welcome to attend the vigil but if you can’t make it Eikon will stream the vigil live via Facebook from 7.30pm.