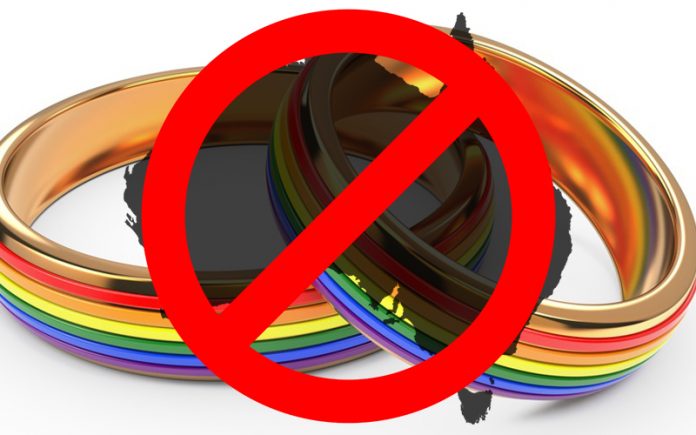 The same-sex marriage plebiscite is dead after the Labor caucus today voted against supporting the legislation in the parliament, effectively ending the only chance for marriage equality in the next three years.

While the plebiscite legislation is likely to pass the House of Representatives, the opposition of Labor, the Greens and the Nick Xenophon team in the Senate will likely kill off the planned vote.

The Government says a plebiscite was an election commitment and has warned without one, marriage equality may be taken off the agenda until the next election.

Plebiscite opponents say the Government should go straight to a vote on marriage equality, a step that has to be taken even if a plebiscite takes place.

Following the Labor caucus meeting this morning, Opposition Leader Bill Shorten said the party believed the cost and the fact the plebiscite was not binding on the parliament were the main reasons for not supporting the bill as well as safety for LGBT people.

“The plebiscite would cause harm to gay and lesbian people,” said Mr Shorten at a press conference.

Mr Shorten said Labor will continue to push for a free vote “in days and weeks to come”, despite Prime Minister Malcolm Turnbull ruling out the option.

“We could make marriage equality a reality today by having a free vote in the Parliament and that is what should be done.

“When you put to me Malcolm Turnbull has a rock solid position, I see that as the start of the debate.

“I believe Malcolm Turnbull is capable of changing his mind.”

The plebiscite was set to be held on February 11 with a vote that would be decided nationally.