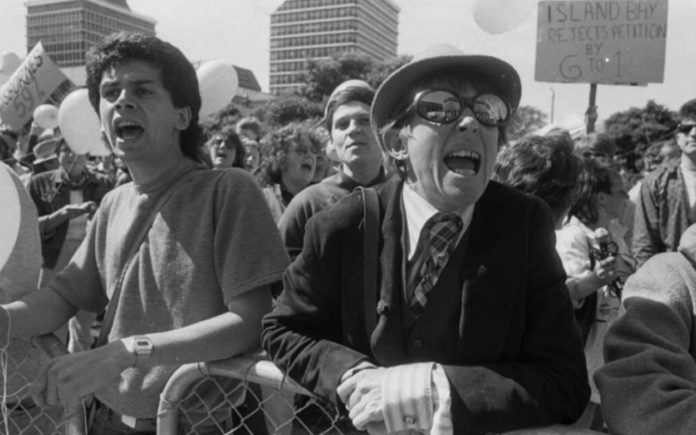 As a young queer person, it’s easy for me to just walk down the road in a ‘stereotypical’ gay outfit and be seen as ‘normal’ or ‘equal’. Yet I sometimes forget to acknowledge the vast history that our queer ancestors left behind.

The marches that they undertook. The amount of social stigma and shame they received, the fact that once upon a time being gay was illegal. All so we could live in a world today without fear or prejudice.

So, when did we stop fighting and just start conforming? Was it after being gay became legal and we no longer had to hide who we were? Or was it when we earned the right to marry?

Why do we no longer fight and march to have our voices heard? Why do we feel this inherent need to conform to social standards?

I can tell you right now we still have a long way to go within the queer community before we can be considered “equal” to our heterosexual counterparts, for example, here in New Zealand, sexuality and gender identity aren’t even recorded by the government in their 5-yearly census of all New Zealanders.

Queer people were outraged! As a result of this outrage, most of them took to social media. Where was the protest or boycott of the census? Where was the social outcry? Or is it because we now live in a social media world we feel the need to vent our frustrations via a Facebook post and get likes from our friends or a comment in support to make us feel better.

I feel like the younger generation of the queer community have turned into social conforming beings. Why do we not feel the need to leave the house to protest the stigma still surrounding HIV/AIDS?

What about stopping homophobia and transphobia in schools leading to an increase in teen suicide?

What about putting a stop to homeless queer and gender diverse youth?

I know if the older generation were still around they would be out there marching. Standing up to this injustice and fighting for the rights of those within its community who felt like they didn’t have a voice. Yet here we are safe inside our social media bubble too afraid and socially awkward to leave the house.

Instead, a Grindr notification seems to be more important to us than going out and taking social action.