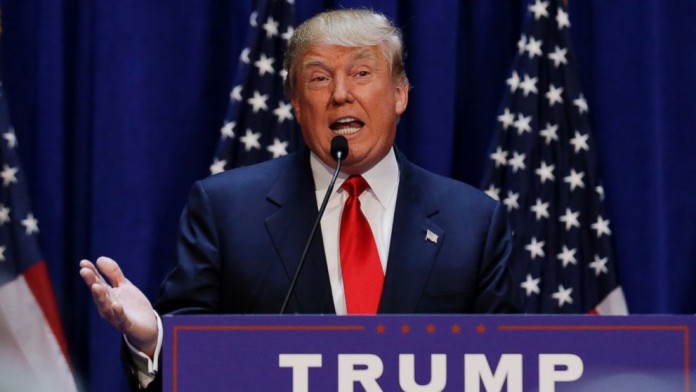 As the U.S. Presidential Election season hots up it is becoming increasingly more likely that Donald Trump will be the Republican Nomination for the national poll come November.

Now, no one expects a nominee from the Republican party to be anything but against marriage equality as they have shown over the ages their strong support for Christian values and the ‘traditional’ family unit.

Not one of the remaining Republican candidates have shown any level of support for LGBT rights or marriage equality but amidst the rhetoric, it’s interesting to dig a little deeper to find out exactly what Mr. Trump believe.

While he once said he supported protecting gays and lesbians from discrimination in the workplace by adding sexual orientation to the Civil Rights Act, more recently he expressed support for the so-called First Amendment Defense Act (FADA) which would expose LGBT people to more discrimination.

Same-sex Marriage: Trump has been a consistent opponent of marriage equality.

He said that he opposed it because he was a “traditional” guy, choosing to support domestic partnership benefits instead.

Despite a brief flirtation with “evolving” in 2013, Trump has consistently maintained his opposition to marriage equality, sometimes by citing polling and making an analogy to his dislike of long golf putters.

After the US Supreme Court ruling in 2015, Trump said the court had made its decision and, although he disagreed with the ruling, he did not support a constitutional amendment that would allow states to re-ban marriage equality.

He later said he would appoint Supreme Court judges who would be committed to overturning the ruling.

He’s said that federal law should protect people from discrimination based on sexual orientation.

He said the Civil Rights Act of 1964 should be amended to include sexual orientation, and he said there should be “no discrimination against gays.”

He also disagreed with Kentucky clerk Kim Davis, who refused to issue marriage licenses to same-sex couples, then later said he never opposed her.

But he has expressed support for the so-called First Amendment Defense Act (FADA) which would lead to more Kim Davis like discrimination.

In terms of his thoughts on issues such as Conversion Therapy, Gay Adoption and Anti-Bullying is position is unclear.

It’s not like these questions haven’t been raised with Trump but in many ways, he is the man of manipulation and manages to evade many questions with generic responses.

If nothing else, Trump has made the choice very clear.

Whatever happens over the next few weeks, if Trump becomes the Republican nominee it’s clear there will be a stark choice at the election between LGBT-friendly policies of the Democrats and the anti-gay platform of the Republicans.