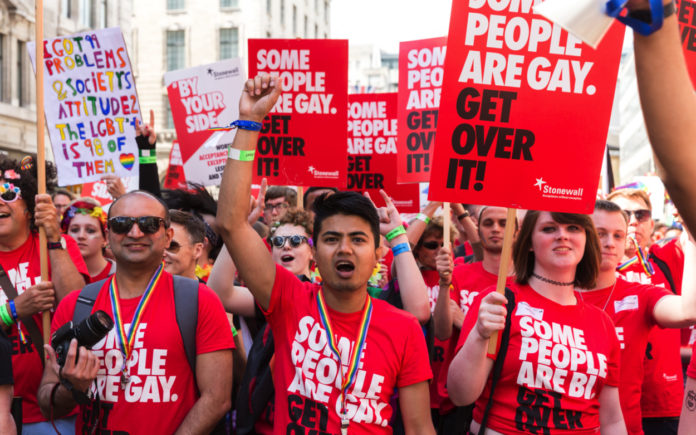 New research has shown that reports of hate crimes against LGB people in the United Kingdom have risen more than 78% since 2013.

Chief executive of Stonewall, Ruth Hunt explains, “This report warns against complacency. It stands as a call to action for everyone who supports equality.”

“We now need to work together, to bring forward the day when no individual faces hatred or discrimination simply because of their sexual orientation or gender identity.”

Along with a rise in reported hate crimes, the research also polled over 5,000 LGBTI people, concluding that four out of five LGB people do not report hate crime when it occurs to them.

Despite the report not including transgender hate crime comparisons from 2013, due to the initial data not being trans-inclusive, It does, however, highlight that two in five trans people have faced hate crimes based on their gender identity in the past 12 months.

The report coincides with the release of a new brand campaign by Stonewall titled, Come Out For LGBT, which aims to encourage allies to ‘come out’ in support of the LGBTI community.