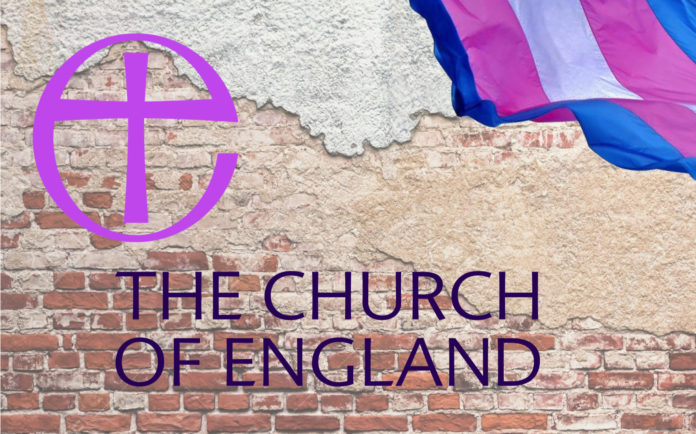 In a bid to make transgender people feel more welcome within the Church of England, consideration will be made on whether or not to hold official renaming ceremonies for transgender members.

The motion which was brought forward by the Diocese of Blackburn will officially be up for debate by the Church of England’s General Synod in the coming month.

Despite having no legal standing the proposed renaming ceremonies are intended to encourage a transgender individual to re-affirming their baptismal vows using a different name.

“The liturgy for Affirmation of Baptismal Faith, contained in the Common Worship service book, may be used with people who have already been baptised” and who wish to “reaffirm their identity in Christ after a significant personal transition, including gender.”

Chris Newlands, a vicar in the Blackburn Diocese who introduced the proposal says “It would be such a huge statement of support for members of the trans community.”

“It would have untold beneficial consequences for those who are at the moment worried about coming out as someone preparing for transition.”

Newlands adds, “People who are very fragile would find support rather than condemnation. To have a specific statement of support coming the Church of England would provide a really clear lead about what we are supporting and affirming.”

The apparent progressive move by the Church of England appears to be at odds with much of its current policy toward the rainbow community, with many highlighting the fact that the church currently only offers civil partnerships for same-sex couples, not allowing same-sex marriages.

Vicars who are now able to enter into same-sex partnerships are still expected to remain celibate, indicating that the church still considers same-sex sexual activity to be a sin.

In short, The Church of England continues to see “marriage” as something only obtainable between a man and a woman.